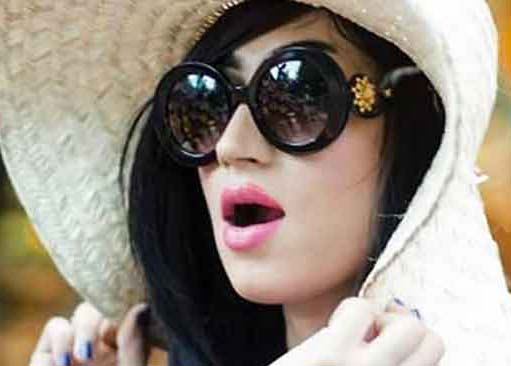 Pakistani Model Qandeel Baloch has hit the headlines in Pakistan after
she promised to strip, if Pakistan defeats India in the ongoing World
T20 championship.

News shocked the conservative Islamic nation but helped Baloch to
become an instant internet sensation in the country.

As expected her action, however, drew criticism from all quarters.

Baloch of Pakistan is of course not the first one to pull this stunt. Poonam Pandey, Indian model turned actress had also made similar claims if India wins the cricket World Cup in 2011.

Pandey, however, was not seen once India lifted the world cup. Media reports said that Baloch sent a message to Pakistani team captain Shahid Afridi that she was willing to do “anything”, if his team manages victory against India.
Pakistan, however, lost to India in the crucial match held at Eden Gardens in Kolkata on March 19th.

“Aaj se no video. Get lost tharki awam (No more videos on Facebook from today. Get lost, you perverts),” she said in a message. The fans, though, are begging her to return” an irked Baloch posted on Facebook.